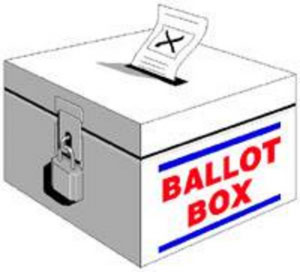 The next election of members will take place in 2024. If we receive more valid nominations than there are places for any electoral division, a poll for the election in those divisions will take place between 24 October 2024 and 1 November 2024. The exact date of the election, should a poll be required, will be published on our Public Notices webpage between 7 and 15 September 2024.

The Board consists of 11 directly elected members and 5 electoral divisions which is set out in the constitution. The numbers of members that represent each electoral division are listed below. A map showing the whereabouts of each division can also be viewed and downloaded by clicking on any of the following links:

Who are my existing representatives?

If we do not receive at least the same number of valid nominations as there are places for any electoral division, the shortfall will be made up by reappointing the required number from the retiring members for the division, as per Regulation 17 of the Land Drainage (Election of Drainage Boards) Regulations, 1938 (SI 1938 No.558). However, if one or more of the retiring members is unable to be reappointed for any reason whatsoever or the Returning Officer is compelled to re-elect one or more of the retiring members by lot, the Returning Officer will request the Board to fill the vacancies at the earliest opportunity after the Election and consider reconstituting to reduce the number of members, in accordance with its Election of Members Policy.